Alpharetta, Georgia (December 13, 2016) – Carmichael Consulting, a professionally-staffed Managed IT Services provider, is pleased to announce that they have been recognized for the third year in a row as the “Top IT Services Provider” in North Fulton and South Forsyth counties by Appen Media Group. Awards were given out at the media group’s fourth annual “Best of the Best” Red Carpet Awards Gala held November 10, 2016. Thousands of votes were cast for local businesses in a variety of categories from “best burger” to “best jeweler” and everything in between.

ALPHARETTA, GA – June 24, 2016 – Carmichael Consulting, an Alpharetta-based Managed IT Services provider and member of the Apple Consultants Network, has joined the Dell PartnerDirect Program to provide its customers Dell products, enterprise solutions and support. Dell PartnerDirect is a multi-level program that offers committed Dell partners the opportunity to expand their businesses […]

Increase productivity; foster team collaboration and communication with these step-by-step tips. Send Very Large Attachments through Gmail Large files of 50 or even 500 megabytes are increasingly common, and Gmail has a 25 megabytes file limit for attachments. Users can get around this by attaching Google Drive files instead. Gmail supports Google Drive files of […]

ALPHARETTA, GA – May 25, 2016 – Carmichael Consulting, an Alpharetta-based Managed IT Services provider and member of the Apple Consultants Network, announced today its participation in Carper Wealth Management’s Annual Shred and Computer Recycling Day to commemorate Earth Day on April 22, 2016. Carmichael contributed XX computers and other electronic devices for recycling to […]

ALPHARETTA, GA – April 28, 2016 – Carmichael Consulting, an Alpharetta-based Managed IT Services provider and member of the Apple Consultants Network, announced today that The Drake House was chosen to receive a free wireless network from Meraki. Carmichael Consulting nominated The Drake House for the award during the Meraki-Giving Campaign in November 2015. Selected […]

As seen in APPEN News – February 17, 2016 – Roswell non-profit The Drake House was the recipient of new high-tech equipment thanks to a local company. Carmichael Consulting Solutions, in Alpharetta, successfully recommended The Drake House for a free technology program from Cisco-Meraki. The Drake House provides short-term crisis housing, education and empowerment programs for […]

Alpharetta, Georgia – February 8, 2016 – Carmichael Consulting, an Alpharetta-based Managed IT Services provider and member of the Apple Consultants Network, has joined the Google for Work Partner Program to provide its customers consulting, training and technical support for Google for Work products. Google for Work is a set of pioneering cloud technologies that enable […] 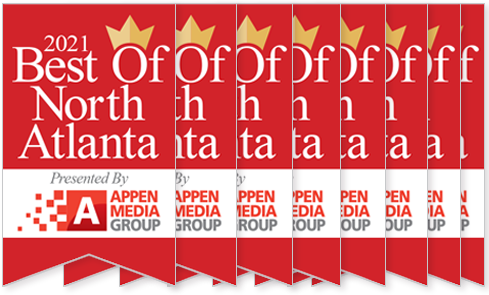